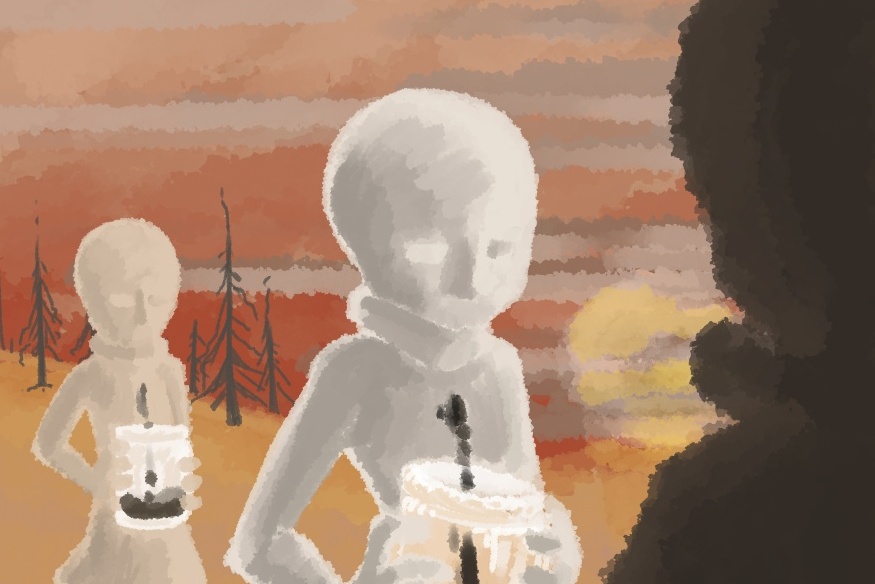 Ihddn asked me to split their reward slot in two, dedicating each half (~40 minutes) to making something based on a song they gave me.

The first painting, inspired by Chevelle's "Jars," has a very grim feel to it, and tries to capture the lyrics in their entirety - somewhat literally in some cases. It resonated with me on the theme of the current state of our environment, though because the concept I had in mind was a bit too ambitious, I had to scale it back to finish in time.

The second, inspired by Starset's "Halo," was more simplistic and symbolic in its concept, look and feel. The music video also played a considerable part overall. I may have been too subtle with the contrast, but the colours play the greatest part in this piece.