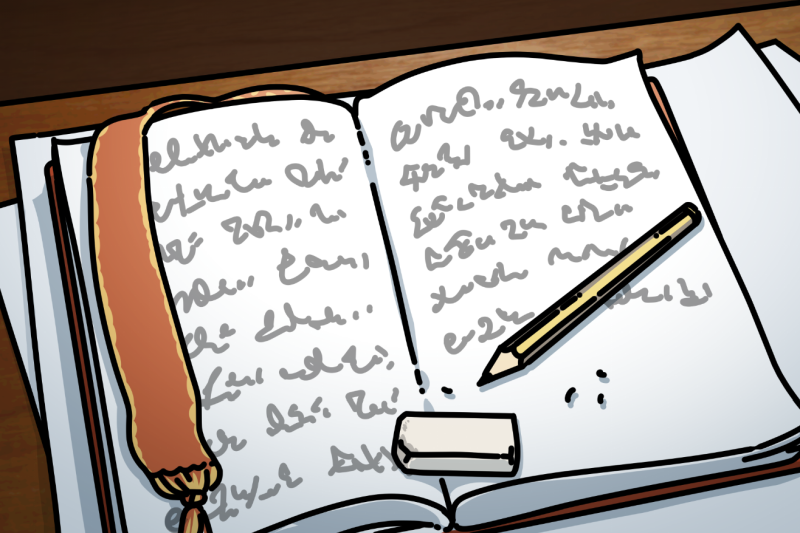 I just got back from what was meant to be a working vacation for CFz, but things didn't quite work out as planned. I'm feeling good all things considered, but there's a lot to process and as always I don't feel like there's nearly enough time for me to do so in a productive way. I figured that taking some time to comb through those thoughts and feelings might help, even if a little bit.

(If you'd like to know what's been going on but lack the time to read through everything, I've included a short summary at the end of the post cause I realize this is quite long)

As I mentioned at the time, I caught Covid at the con, which affected me quite badly after I got back to my partner's place. While I didn't have the worst symptoms, having to self-isolate didn't come at the best time. I don't want to risk overstating things, but being left alone with my own thoughts for what was effectively a whole week was really rough on my mental health. I'd just been dropped back into normality from a long weekend full of affirming, comforting experiences where I could be my true self, and that was already hard to deal with by itself.

To make matters worse, while I was isolating I also learned that my longer-term plans of living in the UK were somewhat compromised. I've been wanting to spend more time there to be closer to my furry friends and poly partners, and get more of the same affirmation and reassurance that I got from the con into my everyday life. Realizing that it wasn't going to be nearly as easy as I'd anticipated was a shock, to say the least. I've still got to do more research into my exact situation to find out if I have any other options, but from what I've seen it seems I'd need to get a work visa at the very least in order to live there long-term, which means I'd have to get a job.

I've never been good at juggling multiple commitments at once - namely school or a full time job, plus doing art on the side - so this course of action would effectively mean changing my job from doing art to whatever I'm lucky enough to even find, let alone get accepted for.

To clarify where this exactly led me to, it felt like I had to make a choice between my ideal living situation and my ideal working situation. I've put more thought into things since then and it's perhaps not quite as stark a choice as that, but it still feels like I'm getting closer and closer to being forced to stop working full time on my own art and that's frankly a terrifying prospect. Having it pitted against my other personal needs only makes things worse.

Like I said, I still need to conduct some more research into whether I have any alternative options, but the resources I found on the UK Government website make it clear that I'm restricted in what I can do as far as living within the country, especially as a freelance artist. If you have any knowledge or advice on the matter or know someone who can help, I would greatly appreciate it if you could get in touch.

In other somewhat related news, progress with transitioning has felt slow, but somewhat steady. Getting to experiment openly at the con did a lot of good for me, and it affirmed (and validated) a lot of my wants and needs in the process. The return trip home was hard on me, but I realized that it was because I felt like I was going back to my "fake life," which I've grown tired of maintaining.

As a result, I decided to come out to my parents far earlier than I'd been planning, which I did just yesterday. It went well, and although their reactions were somewhat measured, the experience was positive and they're clearly being as supportive as they can despite having their own hangups and concerns. I also got word back from the gendercare clinic for my endocrinologist's appointment, which I think will involve some initial tests to get me started on HRT. It's in October, so still a little ways off, but I realize this is far and away a quicker turnaround than many trans folks have to deal with.

Being still at the very start of my long journey is daunting and frankly quite terrifying, and I'm having to fight against my own consistent lack of stamina in putting up with even the most minor of setbacks and challenges. The constant self doubt and dysphoria certainly don't help either, so it all adds up to what feels like a very arduous process despite having made good strides with starting on things.

Next; within the next two months, I'll be moving again. Realizing I'm trans led to me breaking up with one of my partners, who I currently still live with, and while things are thankfully still amicable between us, we knew we'd have to sort out our own living arrangements if we were going to move on in a healthy way. It's happening a little more quickly than I'd anticipated, but I'd rather rip that bandaid off quickly than spending more time and money to maintain a situation which is not that ideal for either of us.

I'm going to do my best not to let it get too much in the way of work cause my output has not been great even without these regular disruptions, but I'm not quite out of the woods just yet. This is all to get me to a place where I can do things at my own pace and hopefully maintain my momentum a little better too, so it will be a worthwhile effort.

As a brief but related aside; while spending time with my partner and watching some stuff together, I had a moment of agonizing clarity that it's felt like ages since I last had genuine fun while doing my work.

It's very much an issue related to (and caused by) all the other things I've been having to deal with in my life lately, but it's also a matter of my own state of mind. I'm not good at being present in the moment, so even when I'm actually achieving what I want and doing good at it, I'm distracted by worries and thoughts about other problems I'm faced with, or will have to deal with later on. It might take time to fix and has affected my work for a while now, but I'm aware of the issue and want to regain that sense of excitement about what I do. I really miss it.

In short summary;
CFz was great for me, Covid knocked me down from that really hard; I realized that I won't be able to live in the UK as easily as I'd hoped, which was very upsetting to learn (any help and advice is welcome); As a result I'm feeling like I'm getting closer to having to move on from doing furry art full time; I came out to my parents as trans and it went well; I should start HRT around October; I'm moving again starting from next month; and in light of all that, I feel like I've lost my spark while doing what matters most to me - my art.

It's been a hell of a lot to take on and very, very confusing to say the least. The constant conflict between maintaining a positive outlook and dealing with the setbacks and doubts has been difficult, especially given that they're issues related to my most closely held wants and needs. I'm trying to keep myself focused on what I can do to get the best outcomes possible, but compromising really isn't easy for me and can often feel like an all-or-nothing decision, even if the alternative is still a fairly good option.