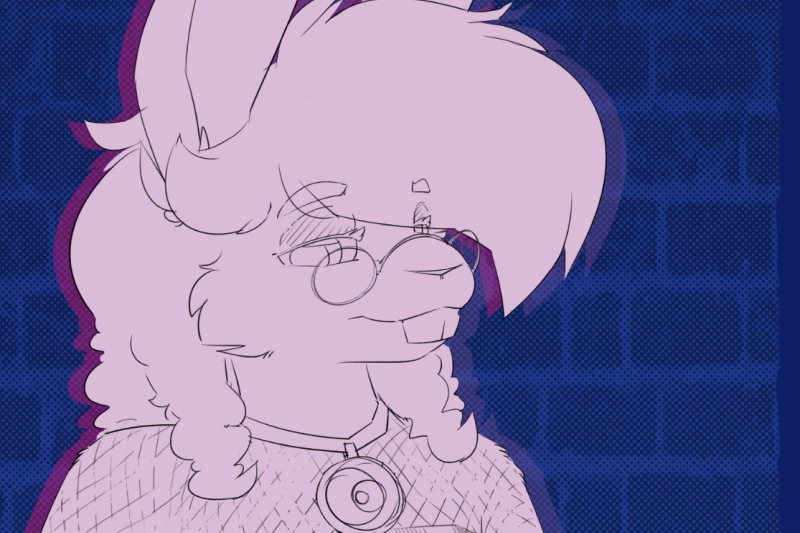 You're hanging out at the back of a club, taking a breather from the party, when your eyes settle on one of the other patrons there; a curvy, black-clad goth looking rabbit who you could've sworn you've seen before.

You couldn't help but keep glancing back at her as the night progressed. She certainly didn't seem to mind the attention, especially as she... undressed herself...? right there in front of you somehow.

She was certainly packing, but your attention was likewise drawn away yet again when her belly and breasts... grew?! Was she pregnant the whole time? You weren't sure just what it was she was smoking, nor what it was doing to her.

... Or even, for that matter, if it was doing something to you.

Okay, so this was moreso intended as a simple imageset than to imply any actual sequence or progression from one to the next, but it was too fun to pass up the opportunity, even if it was a bit of a stretch (ha).

Had some hyper and genderplay stuff on the mind after having indulged a fair bit as of late, and then this tweet popped up, giving me the opening I needed to ground the idea in a way I knew I had to follow through with.

After getting the sketches done, I decided to use some texture resources I'd bought a while back and add a little colour while I was at it too. This may have doubled the time it took to make, but I'm happy that I did it, especially after having the idea to use the bisexual flag's colours for it.