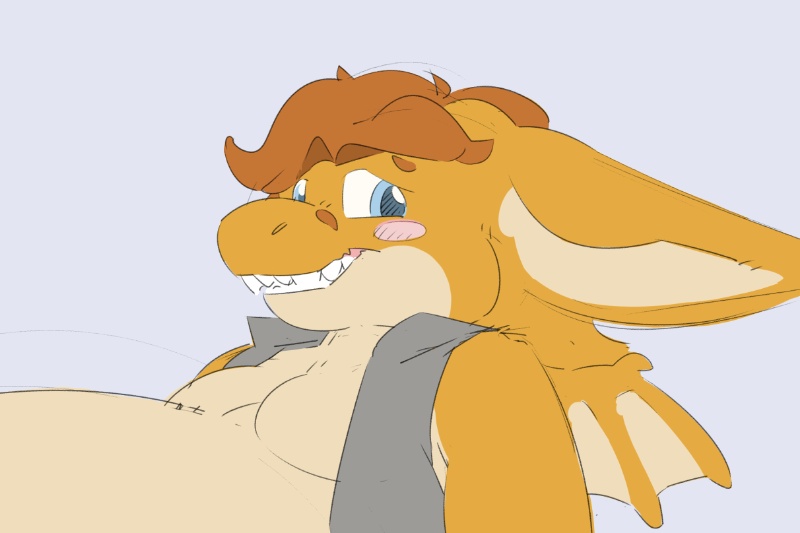 As some of you know, I'm a big fan of Undertale. Some of the monsters you fight were actually designed by some of the Kickstarter backers, one of whom is a furry artist called Samael.

I won't go into unnecessary specifics, but given how hidden away his character ended up being in the game compared to some others (such as Muffet, one of my favourites), I wanted to make him a little something as a token of appreciation.

His sona is an absolute cutie.