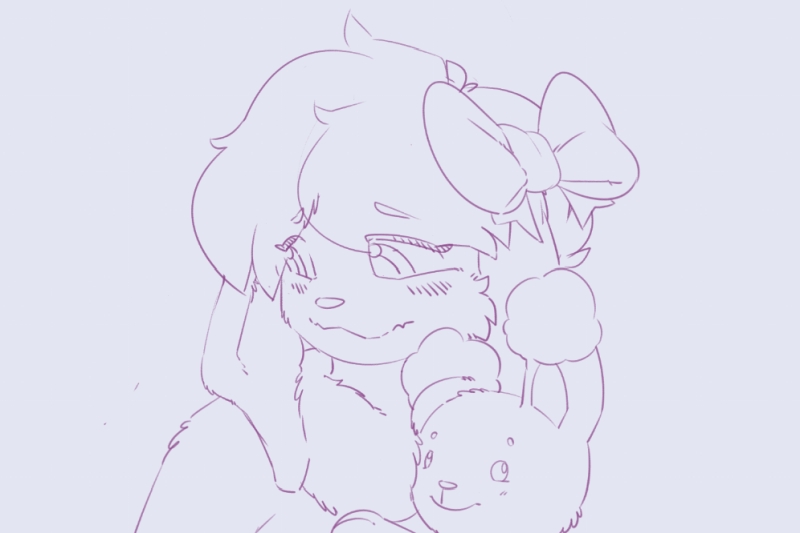 Around mid-December I held an ABDL themed stream. I had a few timely and theme-related gifts to get done so I figured I'd make a show of it in the process.

First up, I made this for Suki, AKA KittyVee, of her sissy vee 'sona. They're a cutie. I think the art speaks for itself.

Or should I instead say that it "pees" for itself? 💖

Next up, I made something for Gem, AKA BabyStar, who at the time was dealing with some backlash for a plot twist in their comic, Shine. She's since thrown her audience several other curve-balls that softened the blow a little, but the giftart was well received at the time that I made it.