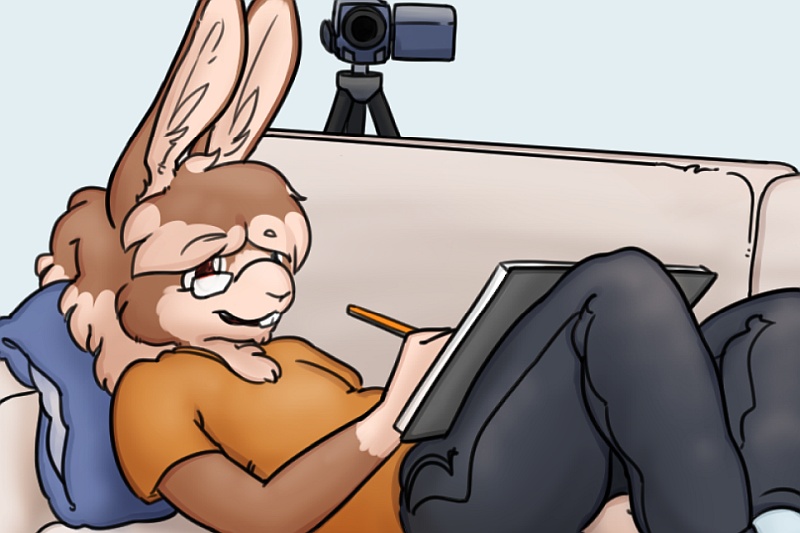 Hey everyone, just thought I'd post a quick update about what's been going on, how I've been lately, and what's coming up for you all.

As most of you probably already know, I hosted my very first panel during a con just last weekend, for Virtual CFz. Although it was an online con, the idea was submitted and accepted for the event before it was unfortunately cancelled for obvious reasons. It went even better than I'd anticipated, and I was actually quite confident about the show going into it. The VOD has since been uploaded to ConFuzzled's site, so if you missed out on that you can go there to check it out at your leisure.

The entire runup to the big day was extremely stressful and I'm still not yet out of the woods as I wrap up a few remaining tasks for the month before we move into June. It's been pretty intense, but definitely worth the effort.

As a celebration for the achievement and a little treat for my community, I will be hosting a viewing party on my own stream tomorrow night, sometime between 10:30 and 11:30PM CEST. The exact time will vary depending on when I get done with whatever I'm doing prior to then, but I will post a second notification to my usual stream announcement locations before we begin that part of the show.

On that note, if you're not following me on Telegram, Discord, Twitter, FA or Inkbunny you should probably do so if you wanna attend more streams in future!

As for new content, I've got a whole boatload of stuff ready for upload. It's mostly commissioned artwork for now, but it's some of my favourite work to date!